The Social Aspects of Martial Arts for Kids 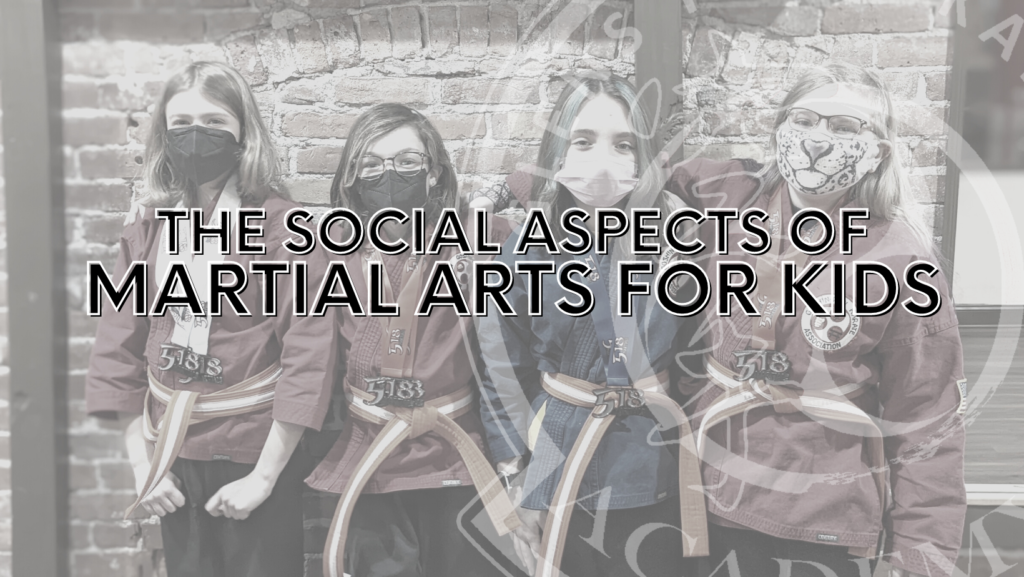 The benefits of martial arts for kids include physical, intellectual, and emotional lessons that will serve them well at every stage of life. However, one benefit that is sometimes overlooked is the social aspect of martial arts.

Social interaction might not be the first thing you imagine when you think about martial arts. Movies and TV nearly always focus on dramatic fights — but true martial artists know that communication is always preferable to violence. The truth is that taking a martial arts class is a great way for children to make friends and practice their social skills. Let’s talk about why.

The Martial Arts and Courtesy

All martial arts classes teach basic tenets that are meant to guide students regardless of which martial art they choose to study. While some disciplines have more tenets than others, the one they all have in common is courtesy.

Courtesy is more than being polite. You may have noticed that when you watch two martial artists spar, they always bow to one another before and after their match. Students bow to martial arts instructors — and vice versa.

Bowing is not a religious thing, or a way to show obedience – its a gesture of respect. A formal courtesy we use to create connection.

Martial arts classes for kids provide an opportunity for kids to see courtesy and respect in action, and to feel their impact. While bowing might not be part of your child’s life outside their martial arts class, it still illustrates the level of respect that we expect children to show when they’re not with us.

We believe that courtesy and politeness pave the way for human connection. It’s a lot easier for kids who study the martial arts to connect with one another because courtesy is the baseline for their interactions.

Martial Arts as a Group Activity

Parents who want to learn about martial arts for kids sometimes assume that because martial artists test and compete as individuals, it is a solitary pursuit. The reality is that while students are tested based on their individual progress, martial arts training in our classes is very much a group activity.

A big part of studying martial arts is learning self-defense. Students learn the history of the martial art they are studying and the theory behind the movements. That said, self-defense training can only go so far without hands-on experience. The social experience of training with a partner completes the training matrix.

Sparring in class is safe and an effective way for kids to see the benefits of their martial arts training. They learn far more by doing than they do by watching. Students in our kids martial arts classes learn to:

One of the biggest benefits of martial arts for kids is that they practice mutual respect and encouragement on the training floor, and that’s something they will take with them to school, home and everywhere else in life.

Will My Child Make Friends in Martial Arts Class?

Making friends is important at every stage of life. One of the biggest benefits of martial arts classes for kids is that they provide an opportunity to socialize and meet new people.

When your child steps into their first martial arts class, they’ll meet other kids at a similar level of ability. Sometimes, kids struggle finding common ground. Their self-confidence and self-esteem skyrocket when they realize that they already have something in common with every kid in their class. As they reap the other benefits of martial arts, including self-control, physical fitness, and self-discipline, they’ll also be sharing a common experience.

To give your child a chance to bond with fellow students, you may want to consider arriving for class a little early and giving your child time to mingle after class, as well. For many adult martial artists, their best friends are people they met on the mat as kids — and that could happen for your child, too!